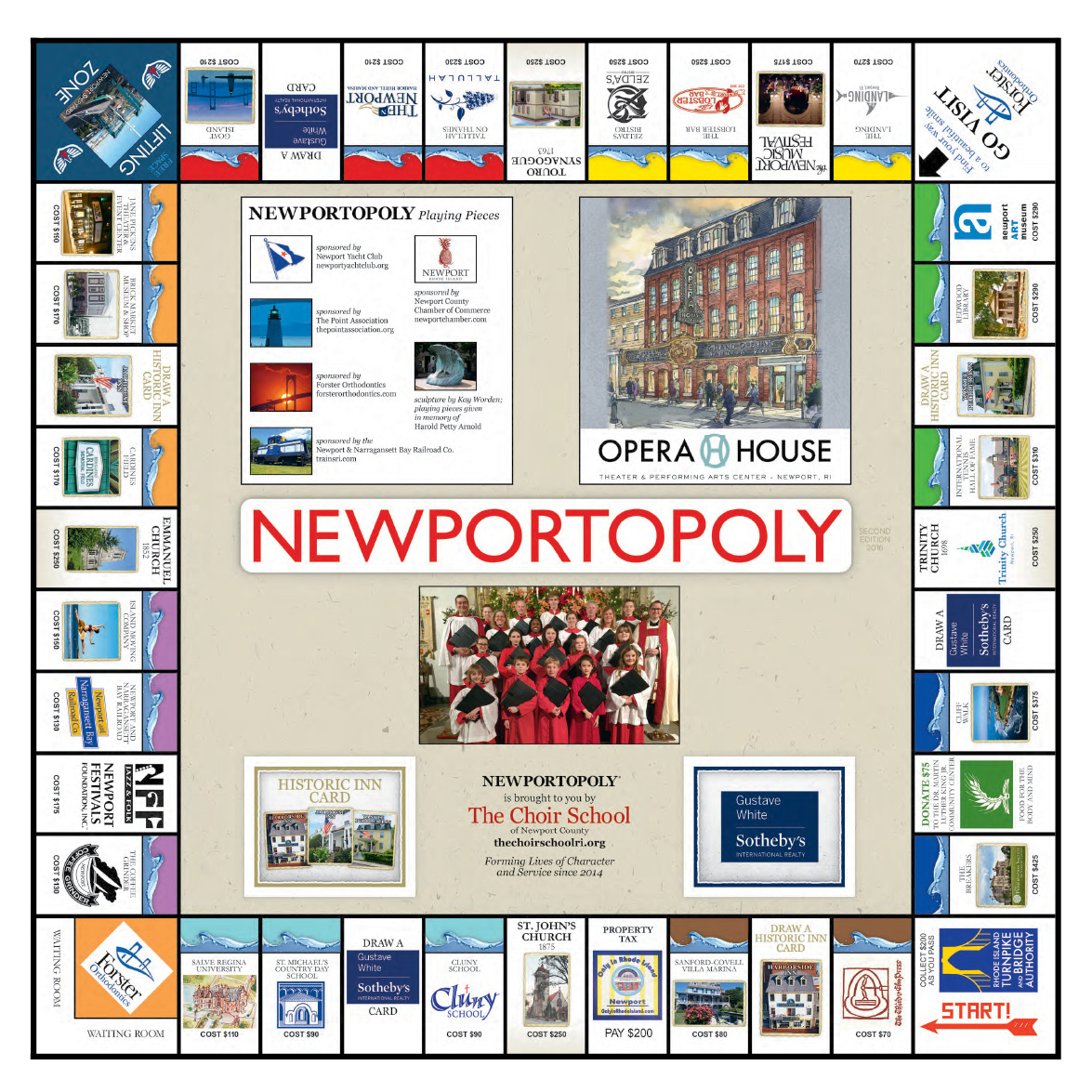 Newportopoly© is a fundraiser for The Choir School of Newport County. A unique gift available for $35 plus tax at retail locations where applicable. Limited second edition of 1500 copies of everyone’s favorite board game celebrating Newport, Rhode Island!

Now in its second limited edition, Newportopoly© is available in Newport stores and at St. John’s, Newport Church for $35. It’s a unique gift based on everyone’s favorite board game celebrating Newport, Rhode Island. This edition has new retailers on the board, and five new delightful playing pieces! (Mix and match with your first edition if you have one!)

Your purchase of this game supports our Choir School, a group of devoted choristers whose joy of sharing their talent and love of choral singing in public performances throughout Newport and beyond. Thank you for making your gift today by visiting a Newport retailer or by stopping by St. John’s, Newport administrative office. Please call in advance at 401-848-2562. 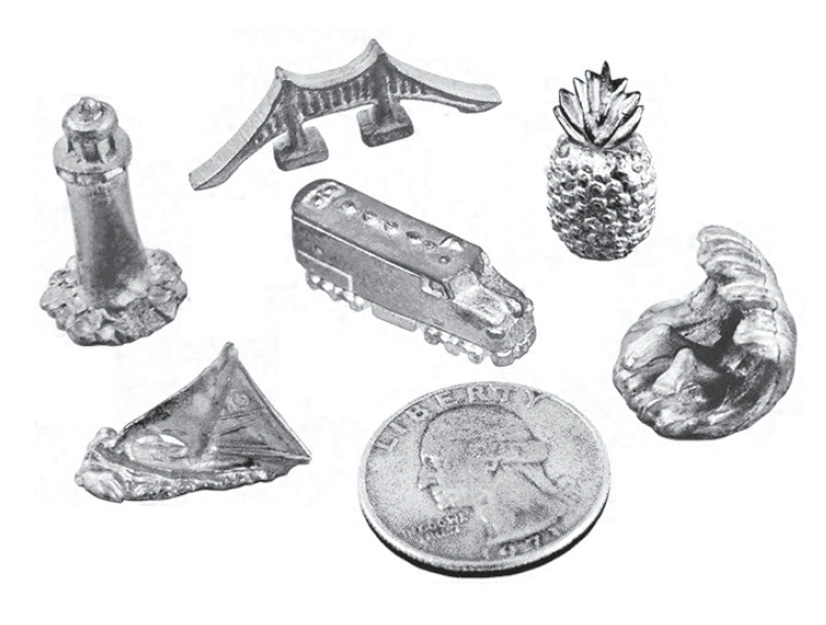 Newportopoly© Second Edition custom playing pieces, clockwise from Lighthouse (on left): Newport Bridge, Pineapple, ‘The Wave’ sculpture with feet sticking out, quarter (not included… shown for size only), Sailboat, and Train (in center).

Retail Locations for Second Edition (current as of July 2019):

Games are available online through the Preservation Society at newportstyle.net, and at Only in Rhode Island through onlyinrhodeisland.com. Both offer shipping options. (Games are not shipped by The Choir School.) 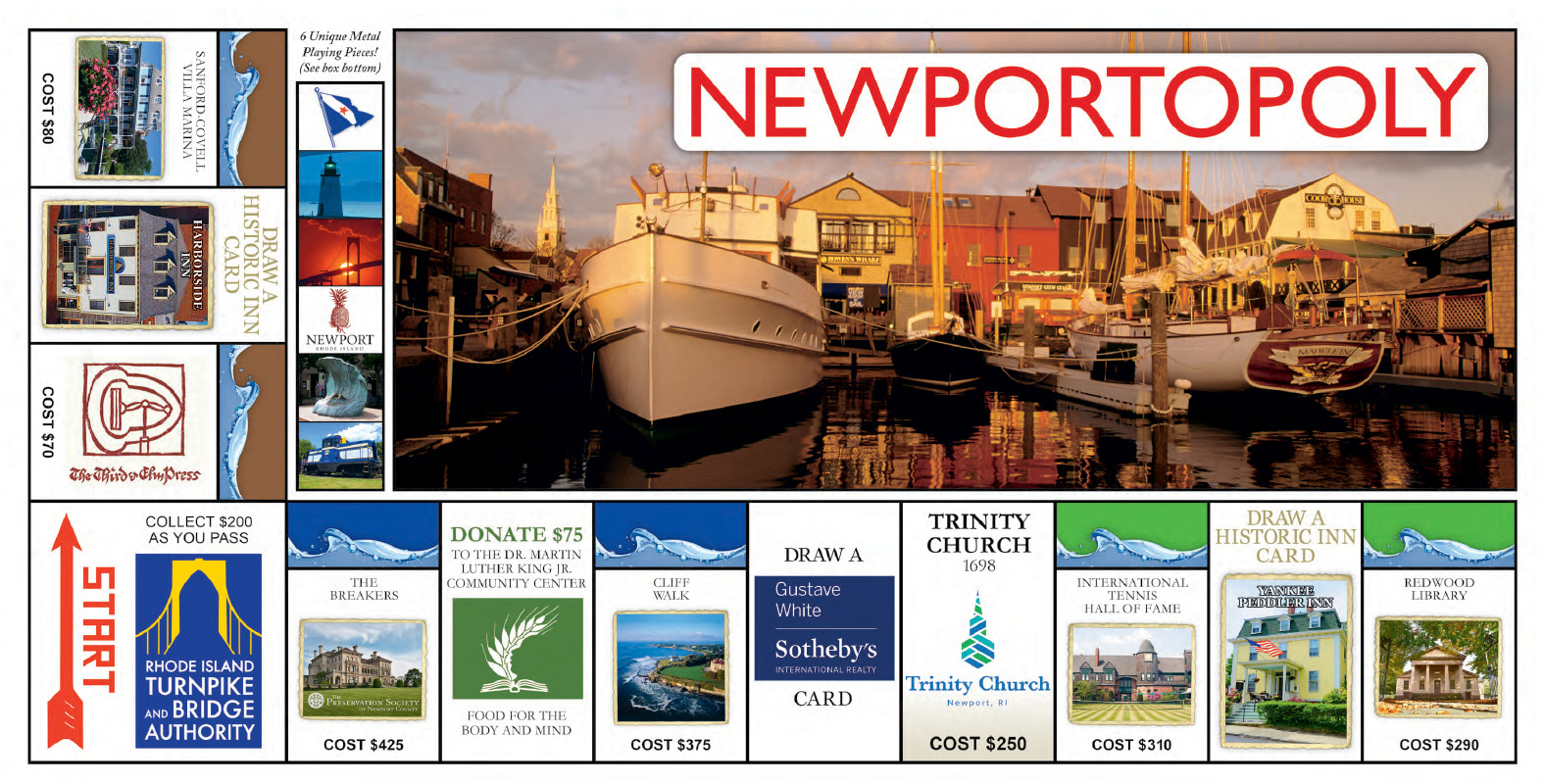 Says Newport Mayor Jeanne-Marie Napolitano of first edition of the game: “I do think Newport residents (and Newport visitors) will love this. I’ve often thought about things like this to promote Newport and what Newport has to offer to the public. It’s such a great idea…everybody knows the concept of the original game and I think it’s great fun to localize it. And I love the playing pieces…I really do!”

The game board has been created by local sponsors whose institutions appear around the playing squares, and by sponsors of the custom playing pieces. The two properties with the highest rents are The Breakers (sponsored by The Preservation Society of Newport County) and Cliff Walk; the “Start” square is sponsored by the Rhode Island Turnpike and Bridge Authority. “Pay property tax” is sponsored by Only in Rhode Island! Properties of the Newport Historical Society, schools, restaurants, museums, places to stay and to visit are among the iconic locales on the board. Several humorous touches grace the game, and a description of each of the sponsoring organizations is found on the back of each of the deed cards.

Proceeds from the sales of the games benefit 2018 England training trip of The Choir School of Newport County, a choral education program established as a partnership between Emmanuel Church, Trinity Church, and the Church of Saint John the Evangelist, with faculty from those three churches and from St. Mary’s Church. (Visit thechoirschoolri.org for more information and upcoming performances by students in three divisions.) Game sales also benefit the retailers, and an appreciation of Newport! NEWPORTOPOLY© Second Edition is produced by Late for the Sky, a Cincinnati, Ohio company that publishes versions of ‘Town-opoly’ by agreement with Parker Brothers. 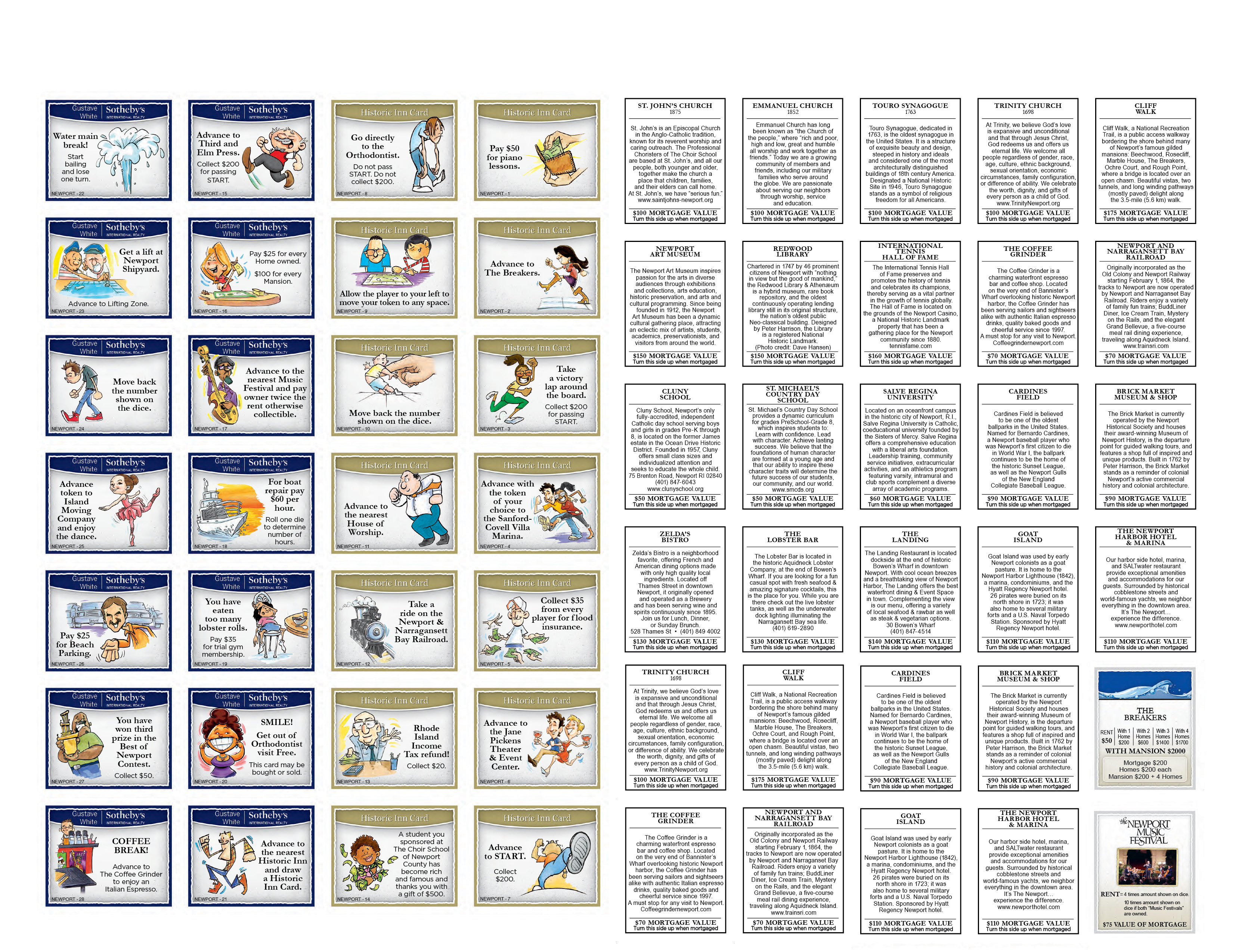 Read about the first edition below:

The game board was created by local sponsors whose institutions appear around the playing squares, and by sponsors of the custom playing pieces. The houses and hotels are sponsored by The Vanderbilt Grace; the two properties with the highest rents are The Elms and The Breakers, sponsored by the Preservation Society of Newport County. The “Start” square is sponsored by the Rhode Island Turnpike and Bridge Authority. Properties of the Newport Historical Society, schools, restaurants, places to stay and places to visit are among the iconic locales on the board.

Newportopoly© First Edition was produced by Pride Distributors, a Michigan company that publishes versions of ‘Town-opoly’ games by agreement with Parker Brothers. 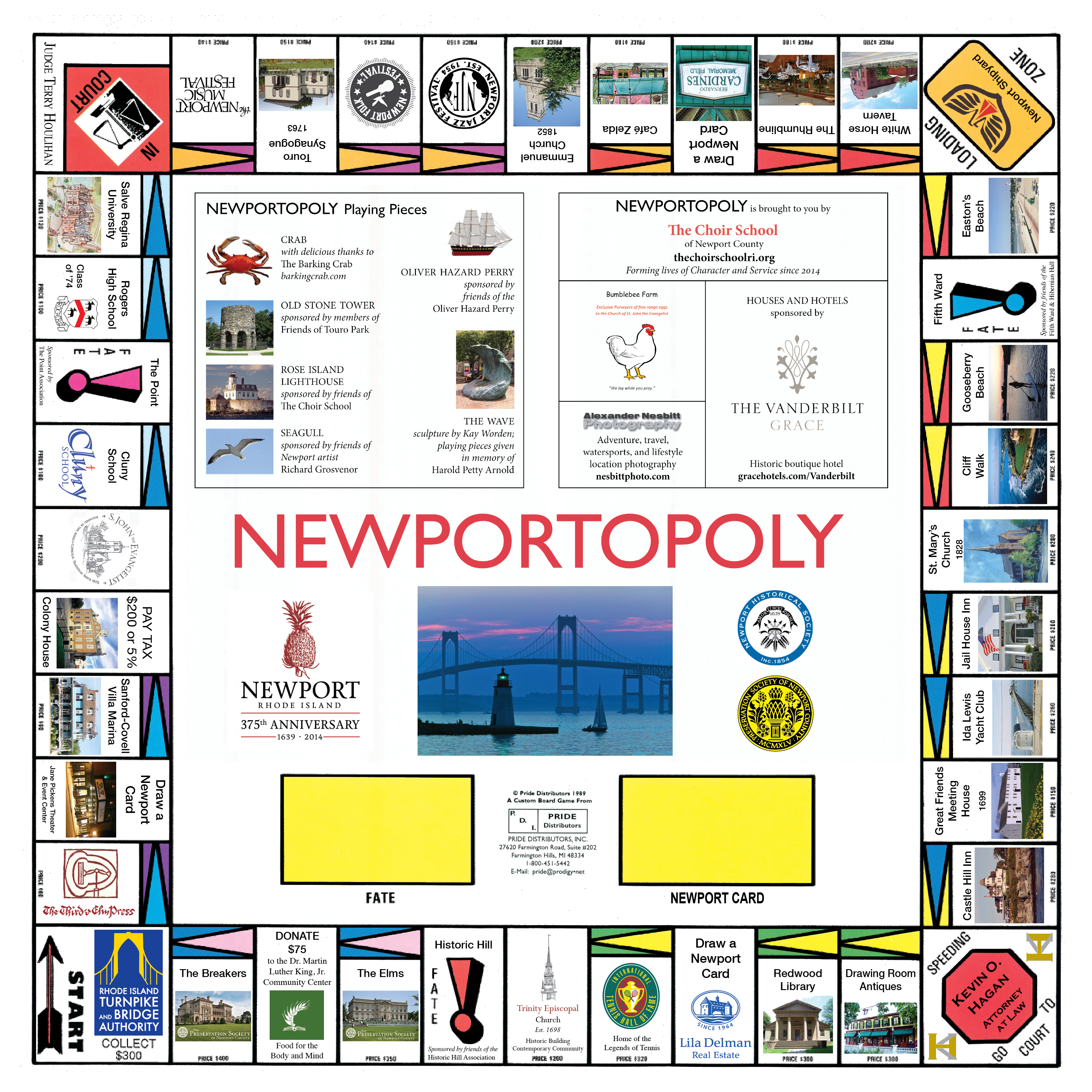 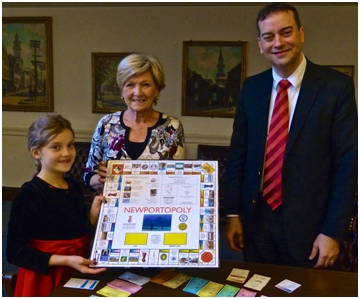 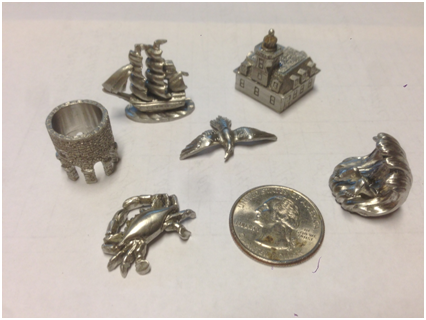 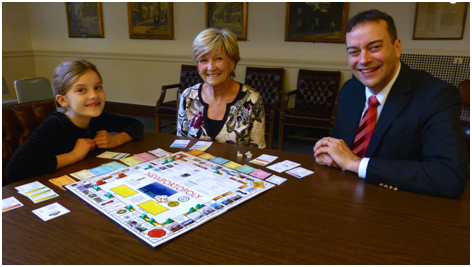 First Edition of Newportopoly is SOLD OUT! Limited edition of 500 copies of everyone’s favorite board game celebrating Newport’s 375th anniversary!